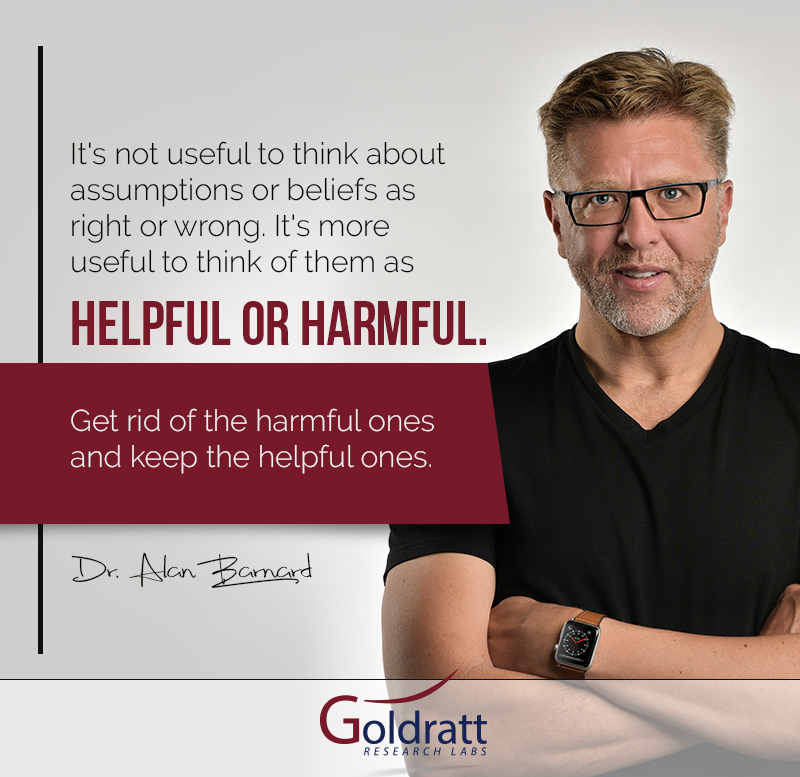 I have a question for you.

How do you know whether what you believe is right or wrong?

This is a question I first asked myself as a young boy after stumbling across Henry Ford’s famous quote in the September 1947 edition of my Grand Father’s prized collection of Readers Digests.
Henry Ford famously said:

“Whether you believe you can do a thing, or not, you are right”

Could it really be that our beliefs are self-fulfilling prophecies?
It made sense to me that, if the only thing that is holding you back from succeeding at something, like public speaking, is trying, then believing you can do it, would get you to at least try it.

But surely believing you can do something has limits?

What would happen if you really believed you could do something difficult and dangerous like rock climbing without ropes, but you never put in the practice to ensure you had the strength to be a good climber? There is a very good chance that you could seriously injure yourself or even die trying. In this case, your belief that you could do it was simply wrong, or at least, your belief was not enough to succeed.

So how DO we know if our beliefs are right?

Turns out, this is a really hard problem to solve. For two reasons:

#1: We cannot prove a belief right, but we can prove it wrong.

I discovered the first reason when reading Carl Popper’s “Logic of Scientific Discovery” (1959) in high school. He used a “black swan” to show how scientific ideas can never be proven true or right. Regardless of how many observations appear to support it, a single contrary result can prove a theory to be false. Europeans, until 1697, thought that all swans were white. It took the single observation of a Dutch Explorer in Western Australia to crush this belief.

In 1960, just a year after Popper’s book was published, a cognitive psychologist, Peter Wason, discovered that humans suffer from a confirmation bias. Confirmation bias is our tendency to cherry-pick information that confirms our existing beliefs or ideas. Confirmation bias explains why two people with opposing views on a topic can see the same evidence and come away feeling validated by it. This cognitive bias is most pronounced in the case of ingrained, ideological, or emotionally charged views and beliefs.
So, if it is impossible, or at best, VERY difficult to know whether our beliefs and assumptions are right or wrong, is there a more useful way to think about our assumptions or beliefs?

I found the answer during my research for my PhD in 2006, when I relooked at Henry Ford’s quote.

Rather than thinking about assumptions and beliefs as right or wrong, I realized, it’s more useful to think of them as either helpful or harmful.

Will believing you can do something, be helpful or harmful?

Believing you can do something, can be very helpful if it gets you to overcome an exaggerated fear that either you couldn’t do it (when in fact you could) or that others will make fun of you when at first failed (when in fact many will admire your courage for at least trying).

At the same time, believing you can do something can be very harmful if it means you will try to do something that if you failed, could significantly negatively impact your own or other’s health, wealth or happiness.

But how to apply the new insight?

Since I’ve had this insight, I’ve made it a habit that whenever I am facing an important decision or problem, and are not sure what to do, I list the key assumption(s) or belief(s) that will help me decide or help me solve the problem.

Next, I run a simple test.

Are these assumption(s) or belief(s) helpful or harmful?

We should keep the HELPFUL ones.
…the ones that protect us from harm and enable us to make the impossible possible.

We should get rid of the HARMFUL ones…
… the ones that expose us to unnecessary risks and dangers and limits us from achieving the goals that are important to us.

Over the years, I’ve applied this simple but powerful test to many of my own beliefs and assumptions and also to those of the customers and students I mentor. The outcomes are always enlightening …

I would love to hear from you what you think your most HELPFUL (or enabling) vs. most HARMFUL (or limiting) beliefs are.

Over the years I have developed the Harmony Decisions Maker to help me uncover limiting assumptions and believes and prevent one of 5 common mistakes we make when trying to resolve problems.

Download it from your app store today and use for FREE