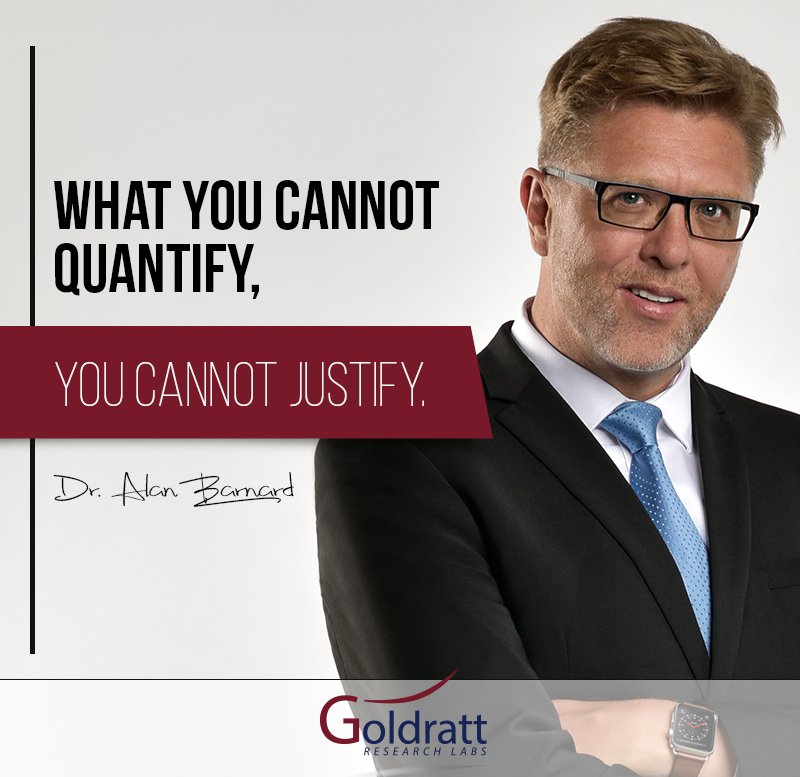 Have you ever been frustrated with someone that was just not willing to approve a change that they agreed would be a good change for their organization?

What could be blocking them?

The answer is often that we often use simple rules-of-thumb for making these types of decisions. One such rule-of-thumb I call, “What you can’t quantify, you can’t justify…”

The backstory: How I discovered it and how I learned to capitalize on it.

I gained this insight, and how to capitalize on the insight, almost 20 years ago, when I faced a similarly frustrating situation of a senior company executive that was a client of mine, procrastinating in preparing a business case to justify a really “good” change in their organization.

Firstly, what do I mean by a “Good” change? A “Good change” is simply a change with a significantly positive value impact (outside the noise).

As we all know,

So why do so many people get stuck in doing the cost-benefit analysis?

I couldn’t understand why this executive was not pro-active in preparing the business case to justify them implementing a change in their IT system that would allow them to avoid significant pricing mistakes. These pricing mistakes were likely costing them millions in lost sales. I knew it was quite a major change costing somewhere between $1 to $1.5 million, but was sure that, at least according to my conservative assessment, even the worst-case outcome would still give a positive ROI. I was frustrated with the client’s procrastination but could see that he was as frustrated with my frustration.

“You don’t understand. There is too much uncertainty for it to pass our minimum ROI requirements for such a big investment.”

How could I help him, and others in similar situations, get unstuck?

I suggested that we apply the most conservative decision criteria to convince even the biggest skeptics.

We will calculate the worst-case value:

So, remember, when someone or maybe you get stuck in justifying a change, your intuition says it should have a positive ROI but there is too much uncertainty for making a good business case.

Use Worst, Likely and Best case estimates for both benefits and costs, and to guarantee support, be ultra-conservative…calculate value based on worst case (lowest) benefit less worst-case (highest) cost.

Give it a try and let me know if it was helpful!!